A Hack to Help You Exercise in the Mornings 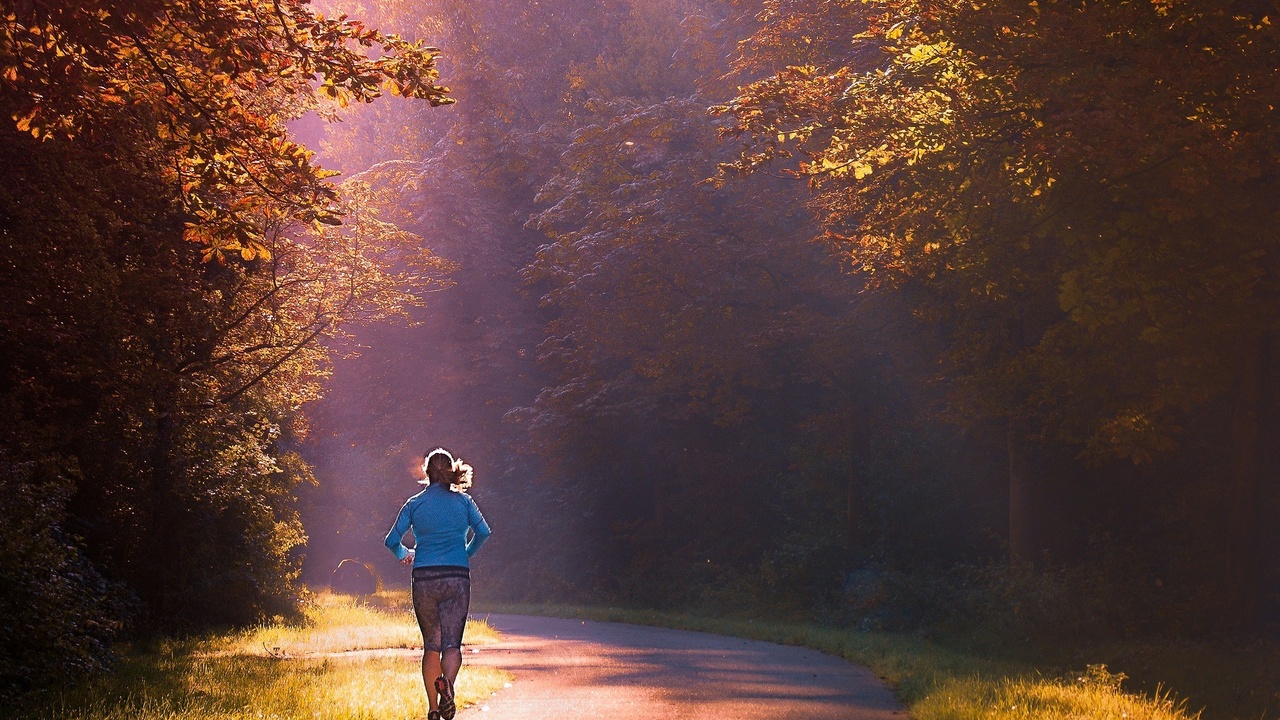 If you’d like to make exercise part of your morning routine but it’s just not happening, I have a little hack that I’d like to share with you today. Give it a shot and see if it works for you. All you need for it is a cup of coffee.

Hi this is Julie from Julie Saad Wellness, holistic weight loss coaching. Today I want to tell you about a weird trick that I came up with to help me stick to my exercise plan.

Now, I’ve had all sorts of exercise routines or lack thereof. I’ve worked out in the mornings, in the afternoons, in the evenings, or kind of whenever, or sometimes not at all. For a long time now, I’d been telling myself that I really wanted to get back to working out consistently first thing in the morning. For me it’s just easier that way because I can do it before the day gets away from me, and then I can cross it off my list, whereas if I leave it until the afternoon or evening, it, for me personally, just seems like it’s kind of hanging over my head all day, and if I’m in the middle of doing something it’s tricky for me to stop and then exercise and then get back to what I was doing before, especially if I’m already in my fancy work clothes or it’s the weekend and I have activities planned.

So every day for I don’t know how long, I kept saying to myself, “You need to get up and get out of the house in the morning and go for a walk.” Yet it just wasn’t happening. Have you ever been through something similar? I was getting up early enough with all the best intentions of getting moving, but it just seemed like something would always manage to steer me off course. I would check my phone and get sucked into something like social media or the news and then all of a sudden it was getting late and I needed to get on with the day, so I would make my coffee and get going on the other things I wanted and needed to do, and the morning walk turned into the afternoon or evening walk, or more frequently, the  non-existent walk, which is the worst kind of walk.

And this pattern went on and on for way longer than I care to admit: Wake up, fart around the house, usually waste a bunch of time on my phone, and then not move my body, and start the day mad at myself for not accomplishing what I said I’d do.

Then one day I had managed to yet again not get out of the house first thing in the morning, and the day was yet again starting to get away from me, and I had just made my coffee when I realized my brother-in-law was on his way over at that moment to paint one of the rooms in our home as he’d promised he was going to do, so if I wanted to squeeze in a walk I’d better do it soon so that I could sit down and have lunch with him later, but I also had this beautiful cup of really fancy Colombian coffee that I had just brewed there in my hand and it seemed a shame to just let it sit there and get cold while I walked, so I poured it into the biggest mug I could find so that it wouldn’t spill too much and I took it downstairs with me on my walk outside.

And as I was walking, I was listening to a podcast about the essential amino acids which was kind of boring to be honest, so my mind started to wander and I started looking around and I saw one of the men who helps with the building maintenance where I live close and lock the door to the garbage area and light a cigarette and I thought, “Hmm, this isn’t the first time I’ve seen this exact scene. Every time I’ve seen him close and lock the door, I’ve always seen him light a cigarette afterwards. It’s almost like a ritual for him.” And then I remembered that I had read something a long time ago about smoking cessation and how it’s very common for smokers to associate certain moments of the day and certain places with a cigarette, for example in the car on the drive to work, or after dinner before doing the dishes, whatever. And I had read how the brain really makes connections and remembers where, when, and what and even who you’re with when you get the addictive substance and therefore it can be harder to resist the urge to smoke whenever you encounter one of these triggers. And I looked at the cup of coffee in my hand and said, “I am 100% shamelessly addicted to coffee. Come hell or high water if it’s the morning, I am drinking it and don’t try to tell me otherwise. And right now I’m doing my morning walk, which I can almost never manage to do. I wonder if my brain can create a connection between coffee and walking in the morning.” I theorized that if I managed to link the two activities, the coffee, which I’m already hooked on, with the morning exercise, which I would like to be hooked on, if that would make it easier for me to finally make it an automatic part of my day. I decided to do a little experiment on myself to see what would happen.

So the next day I woke up early and although I had the best intentions of getting out of the house right away and going on a wonderful relaxing walk in nature, I wound up kind of puttering around, as usual, but of course I still put the coffee pot on because, hey, that’s just what I do. So as I was waiting for my coffee to brew I thought, “Well, I can at least go outside to drink it.” So I poured myself a cup and got in the elevator to go downstairs, and I think I walked a grand total of fifty feet because I had to call into a meeting in a few minutes and was keeping an eye on the time, but I had at least gotten out of the house. Better than nothing. And so for the next few days I kept trying this to see what would happen, and lo and behold every day I managed to make my coffee, take it outside with me, and go for a walk, first thing in the morning, just as I had wanted to and been trying to do forever. Sometimes it was only for a few minutes, but sometimes for longer. It was starting to become a habit. Cool. I also added in a sneaky trick which is that I’m not allowed to take the first sip until after I’ve taken the elevator downstairs and gotten out the door, which is easy because it’s usually too hot to drink until then anyways. And lo and behold my lovely brain began to behave exactly as expected and associate coffee with a morning walk. Fast forward to today, and my mornings are a totally different story than they were before. I wake up, and I’m absolutely dying to get out the door. I’m not going to say I leap out of bed as soon as my eyes open, but I do get up much more quickly than I used to, I don’t mess around with my phone or any other sort of distraction. I go straight to the coffee machine and while I’m waiting for it to brew I throw on whatever pair of shoes I happen to see, very often a hideous-looking pair of Crocs, and some type of jacket or sweater, and I go outside in my pajamas, no shame in my game, and I walk and I walk.
I’ve been doing this for several months now, every morning, without fail. I’ve done this just outside of my home, while traveling, whatever, every single day. Sometimes I walk for just a few minutes and sometimes I walk for hours. It’s the main exercise that I do and I love it.

So that’s my wacky little story about how I used coffee to help me create a consistent morning exercise routine. Thanks so much for reading and have a happy and healthy day.