The History of the Ketogenic Diet 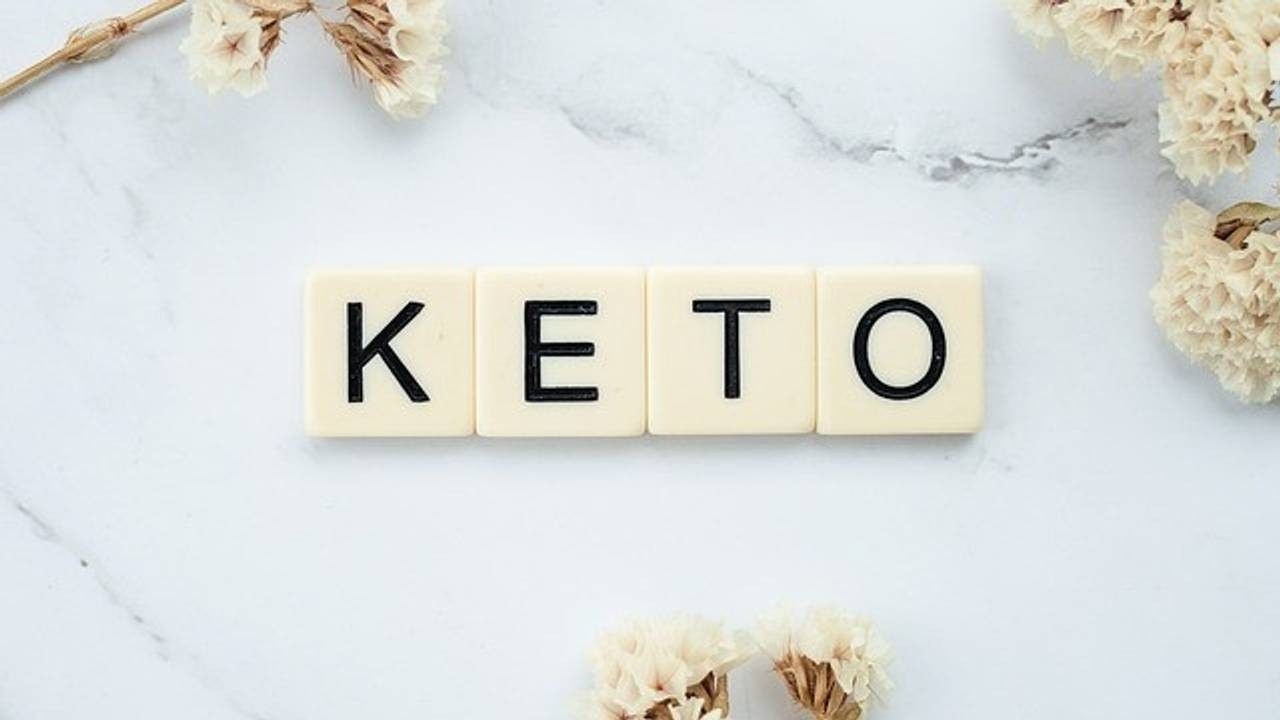 Today’s topic is the history of the ketogenic diet.

This post is going to contain a lot of technical information. It is not necessary to understand all of this information to reap the benefits of a ketogenic diet. This one’s for the nerds, who want to hear the science and story of how it came to be. I know you’re out there.

All right so if you’re still with me, after that warning, let’s get into it. A quick disclaimer: This information is for educational purposes only and is not a substitute for personalized medical or dietary advice from a trained healthcare professional.

So, the ketogenic diet or “keto” as it’s often called, has become a very popular diet. Many people swear by it for weight loss and the research backs it up. The research that I find the most interesting is in ad libitum studies, which means eat as much as you want. Oh yeah, that’s the kind of diet I want to be on! In these studies, where the quantity of food is not restricted, the ketogenic diet beats a low fat diet any day in terms of weight loss in both the short and long term. In addition to weight loss, many people sing the praises of the diet’s other benefits, and I’ll definitely talk about those another time.

But today I want to focus on one specific application of keto, talk about the origins of this diet, about the history of it, and the science behind it. I’ll talk about why it was originally created and who it was created for, its popularity through the years with this specific group, where it stands today, and a foundation that’s doing a lot of work to get the word out about it.

All right, so first, who was this diet originally created for? It was originally designed as a treatment for epilepsy. Epilepsy is a disease of the brain, characterized by having two or more unprovoked seizures. It’s actually one of the world’s oldest documented conditions. There are written reports of it going all the way back to 4000 BC.

And since it’s not a new disease by any stretch of the imagination, treatments for it have also been around for a long time. In fact, even the Hippocratic Collection includes one, so around the end of the fifth century B.C., there was already a suggested remedy for the condition. The remedy was fasting.

So let’s fast forward to the beginning of the 20th century, where two doctors in Paris began using starvation in 1911 to treat epileptic patients and noted that their seizures were less severe. Other doctors began to follow suit and study fasting as a treatment for epilepsy, with two doctors at Harvard noting in the 1920s that improvement usually occurred after 2-3 days of no food being ingested.

Ok cool, so if I have epilepsy I should just not eat ever again. Got it. Well of course you know that that’s not sustainable! So now we had a treatment that worked, but couldn't be done forever in adults let alone in growing children.

Then in 1921, two interesting things happened pretty much simultaneously. One, a doctor named Dr. Woodyatt discovered that substances called ketones appear in a normal subject when fasting but also when on a diet that has – check it out – a very low proportion of carbohydrate and a very high proportion of fat. Allow me to explain a couple of principles. The body has two different fuel sources that it can use: glucose and ketones. We can get glucose from our food, in carbohydrates. Glucose is essential for the body but - big “but” here - we do not need to get it from food. Our bodies are perfectly capable of making their own glucose, through a process called gluconeogenesis: gluco = glucose, neo = new, genesis = make. . . make new glucose! In fact, for humans, there is no such thing as an essential carbohydrate. So we need glucose to survive, yes, but we don’t have to eat it, we can make all that we need in our own bodies. So that’s glucose. The other fuel source that we can use is ketones. Ketones are made by breaking down fats. This can be dietary fat, a.k.a. fat that you eat, like in a piece of bacon, or it can be body fat like in our hips or our bellies or our arms, wherever. So if we ingest a lot of carbohydrates, we’re going to be primarily burning glucose. If we ingest a low number or no carbohydrates, after we burn off the glucose that’s stored in our bodies, as we do store some in the form of glycogen, we start running mainly on ketones. As an aside, did you know that newborns and babies that are only given breast milk are in a ketotic state? The main macronutrient in breastmilk is fat, so those babies are on a low-carb high-fat diet. So going back to Dr. Woodyatt, he discovers that fasting and very low carb diets have strikingly similar effects on the body. Basically, two ways to get pretty much the same result.

Meanwhile, another doctor called Dr. Wilder hypothesized that someone could get the benefits of fasting if ketosis – this metabolic state where you’re mainly using ketones for fuel – was induced in another way. And he decided to test it out on epilepsy sufferers. He basically said something to the effect of, “Hey, instead of fasting everyone, let’s put them on a very low carb, very high fat diet and see if we get the same results, and let’s see if these folks can stay on the diet for longer because they’re not starving.” So he went to work on this at the Mayo Clinic and he’s the one who came up with the term, “ketogenic diet.” The macronutrient breakdown of this diet, now often referred to as the Classic Ketogenic Diet is as follows:

There now exist many different variations of the diet, including with different ratios of macronutrients, but for now, just know that this was the O.G. keto - the first version of it.

So what do you think happened? Do you think the diet worked? Do you think it helped people with epilepsy? Yeah, it did. Not 100% of all people with epilepsy, but it helped significantly. It began to be widely used throughout the 1920s and 30s, appeared in nearly every decent textbook on the disease for decades, and a doctor named Dr. Livingston did a study on 1000 children with epilepsy and reported that 52% of these children now had complete control of their seizures and 27% had improved control, so all together, 77% showed a positive response to the diet. Not too shabby.

But then in 1938, things began to change, with the development of the first anti-epileptic drugs. The medical community as a whole became more focused on these drugs, and the ketogenic diet became less popular and therefore fewer dietitians were trained in how to do it correctly, and therefore many of those people who did still go on the diet for therapeutic purposes weren’t doing it exactly right, so it didn’t work as well to control seizures, so people started to think that it didn’t work at all and thus fewer people tried it. Kind of a vicious cycle. So basically, for a while there, it was really out of vogue as a treatment for epilepsy.

Until, it went through a renaissance in the early 1990s, inspired by one person. Who was this person? A cute little baby named Charlie. The first time Charlie’s parents noticed that something was not quite right with their son was around his first birthday. Both parents had noticed him on separate occasions making kind of strange, unexplained movements or twitching. Baby Charlie’s condition began to rapidly deteriorate and over the course of the next nine months, he experienced thousands of seizures. His development was severely delayed, and doctors said he was at high risk of having permanent mental disabilities. Of course his parents were at their wits’ end, desperate to remedy his condition and they tried everything – all manner of drugs, blood tests, eight hospital stays, scan after scan, saw five different neurologists, experimented with homeopathic medicine, and even took Charlie in for brain surgery, to no avail. Nothing worked. Then finally, they heard about the ketogenic diet which, at that time, hardly anyone was talking about. They tried the diet on Baby Charlie and within two days his seizures were gone and he was soon able to discontinue all medications. He remained on the diet for another five years and now eats whatever he wants. He currently works as a preschool teacher and has never had another seizure. His parents were inspired to spread the word and thus created The Charlie Foundation, an organization whose mission it is to raise awareness of ketogenic therapeutics. Their website – thecharliefoundation.org – contains a wealth of information about the diet, including several variations of it, additional medical conditions it may be able to alleviate, and a list of doctors and hospitals that work with keto for therapeutic purposes. Charlie’s story was featured on NBC’s Dateline which served to bring the ketogenic diet out of obscurity once again.

So where are we today with all of this? Well, while the diet has gained back some of its former popularity, it is still not typically used as the first course of action when battling epilepsy. In fact, various surveys of neurologists who treat children have concluded that the diet is either the last or next-to-last choice of treatment, with many doctors not using it at all. It remains to be seen if this diet will continue to stay at the bottom of the list for the recommended treatments of epilepsy. Only time will tell.

Okay so I hope you found this information interesting. If you think it could be of use to anybody you know, please share it with them. Thanks, and have a happy and healthy day. 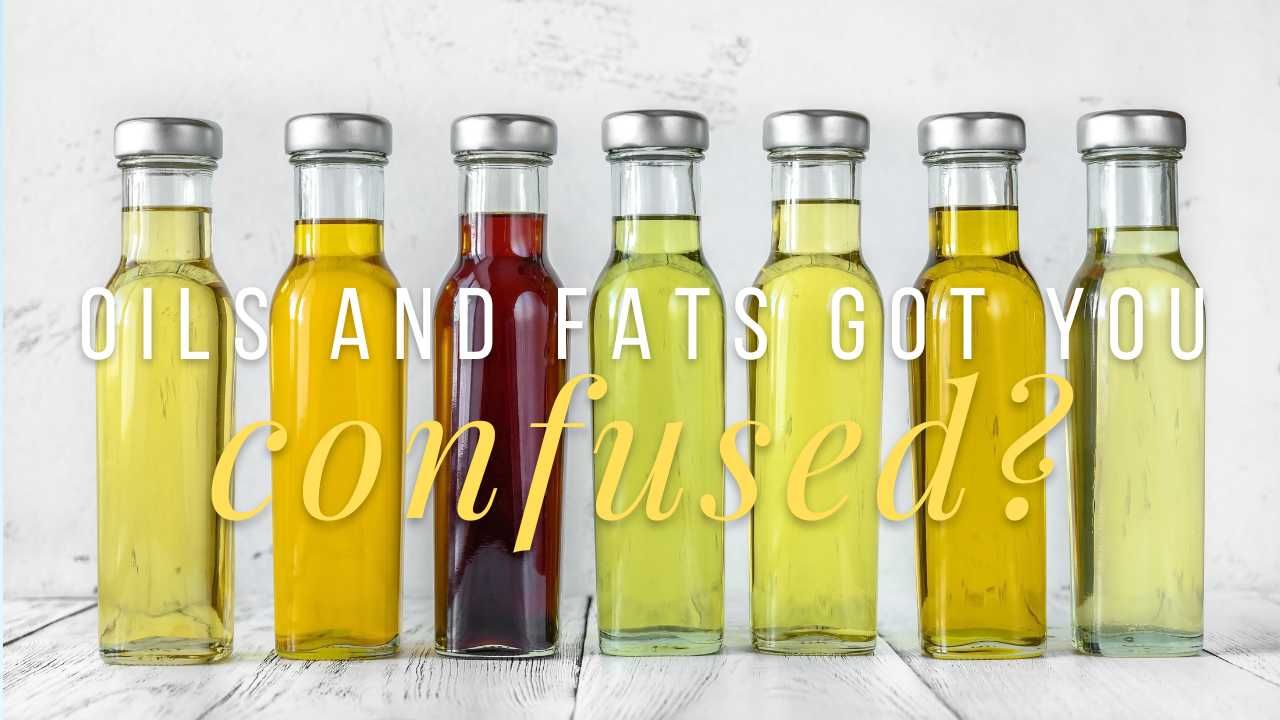 Download your FREE guide to healthy oils and fats!

Let's put all that confusion behind us, shall we?